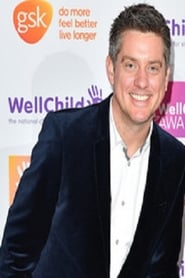 From Wikipedia, the free encyclopedia Richard "Dick" McCourt is an English actor and presenter of radio and television, best known as one half of the comic duo Dick and Dom, with the other being Dominic Wood. McCourt is the godfather of Wood's two sons, Tommy and Sam. His older brother is fellow TV presenter James McCourt.