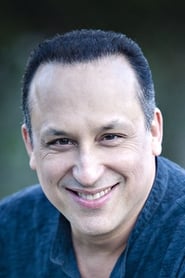 Jason Schombing (born March 23, 1963 in Philadelphia, Pennsylvania) is an American actor and voice actor who has been in television and film since the early nineties, making appearances in crime shows and an episode of The X-Files. Since then he has had a recurring role in Stargate and several roles on the big screen, as well as portraying Marty Malone in The Godfather: The Game.