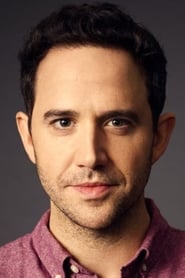 Santino Fontana is an American actor and singer. He is known for playing Greg Serrano on the television show Crazy Ex-Girlfriend, originating the role of Prince Topher in the 2013 revival of Cinderella on Broadway, voicing Prince Hans in the 2013 Disney animated film Frozen, and originating the role of Michael Dorsey / Dorothy Michaels in the stage musical Tootsie, for which he won a Tony Award.