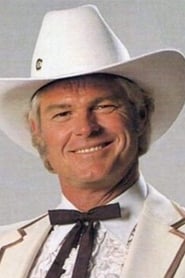 Robert Welch is a professional wrestler and manager better known by his ring names Robert Fuller and Col. Robert Parker. Robert and his brother Ron co-owned Continental Championship Wrestling for a time. Fuller started wrestling in 1970 in the Alabama and Tennessee regions. He often teamed with his cousin Jimmy Golden and they won many tag team titles. He spent some time in the American Wrestling Association with Golden in 1988, and they feuded with The Rock 'n' Roll Express (Ricky Morton and Robert Gibson). He also wrestled in the Texas area where he teamed with Jeff Jarrett. In 1993, Fuller went to World Championship Wrestling as manager Col. Robert Parker, a takeoff of Col. Tom Parker of Elvis Presley fame. He managed Sid Vicious and teamed with manager Harley Race and his protege, Vader to form "The Masters of the Powerbomb". They feuded with Sting and Davey Boy Smith. In 1994, he managed "Stunning Steve" Austin before reforming his "Stud Stable" with Golden as "Bunkhouse Buck", Meng, Dick Slater, Terry Funk and Arn Anderson.They feuded heavily with Dusty and Dustin Rhodes. In 1995, Col. Parker courted Sherri Martel to the dismay of both the Stud Stable and Sherri's charges, Harlem Heat. Parker and Sherri went to get married and Sherri was attacked by Madusa, who was supposed to be Parker's wife. Parker and Sherri split and feuded and then made up again, with Parker leaving the Stud Stable to help Sherri manage Harlem Heat. While with Harlem Heat, Parker's official title was "promoter", while Sherri retained the "manager" designation. One trademark of Parker's managing would be his fanning himself during matches. In October 1996, Harlem Heat fired Parker after he cost them the WCW World Tag Team Championships. He quickly started to manage The Amazing French Canadians (Jacques Rougeau and Carl Ouellet), trading in his gray suit for a French Foreign Legion uniform.[1] Harlem Heat and The Amazing French On June 2, 2006 in Irondale, Alabama, Fuller managed Shannon Spruill against El Mexico for the NWA Wrestle Birmingham Junior Heavyweight Championship. With the help of Fuller (who referred to Spruill as his "Million Dollar Baby"), Spruill defeated El Mexico to win her third wrestling title. On September 14, 2006, Fuller was seen, once again as Col. Parker, being interviewed by Robert Roode on TNA Impact!. On February 8, 2018, Fuller made a return to professional wrestling as Col. Robert Parker, a manager for Major League Wrestling. He reactivated The Stud Stable with the Dirty Blondes as his first signees. Personal life Robert Fuller comes from a wrestling family: his father Buddy Fuller and his grandfather Roy Welch were wrestlers, as were his brother Ron Fuller[3] and his cousin Jimmy Golden ("Bunkhouse Buck"). He has been married four times: Joyce Logan, who he has his oldest daughter Kimberly by; Sylvia Wilson (Miss Sylvia), who he has Katie and Charlotte by; Susan Lostraglio, who he had no children with; and his current wife Laverne Stewart. He has 7 grandchildren. Fuller currently resides in Seminole, Florida.