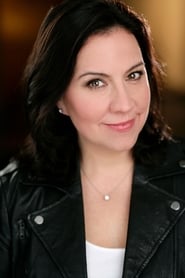 Kristen Anderson-Lopez is an American songwriter. She is best known for co-writing songs for the animated film Frozen (2013) with her husband Robert Lopez. Lopez won the Academy Award for Best Original Song for "Let It Go" from Frozen and "Remember Me" from Coco (2017) at the 86th Academy Awards and 90th Academy Awards. She also won two Grammy Awards at the 57th Annual Grammy Awards.