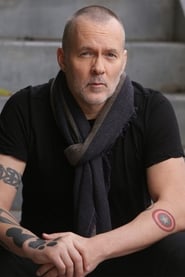 Chris McKay, also known as Chris Taylor, is an American film and television director, producer, editor, animator, and visual effects artist. He is best known for directing and editing three seasons of Robot Chicken and two seasons of Moral Orel. He worked as an animation co-director on The Lego Movie (2014) with Phil Lord and Christopher Miller. He made his feature film directorial debut with The Lego Batman Movie (2017). He is attached to direct a live-action film about Nightwing.