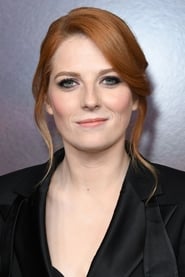 Krysty Wilson-Cairns (born 26 May 1987) is a Scottish screenwriter. Born and raised in Glasgow, Scotland, she attended Craigholme School, and later studied at the Royal Conservatoire of Scotland, and the National Film and Television School. During her teenage years, she was a runner on television series including the detective show Taggart. Her script for the unproduced science fiction thriller Aether made the 2014 Black List and led to a staff writer role on the television show Penny Dreadful. Her feature film debut was the screenplay for the Sam Mendes-directed 2019 war film 1917. She co-wrote it with Mendes and received nominations for the Academy Award for Best Original Screenplay and the Writers Guild of America Award for Best Original Screenplay. Description above from the Wikipedia article Krysty Wilson-Cairns, licensed under CC-BY-SA, full list of contributors on Wikipedia.