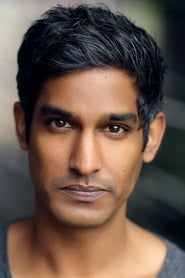 Rudi Dharmalingam is an English actor who became a member of the National Youth Theatre in 1998. He then went on to train at The University of Salford and obtained a B.A in Performing Arts in 2002. He was cast in the original production of The History Boys, under studying Dominic Cooper in 2004.