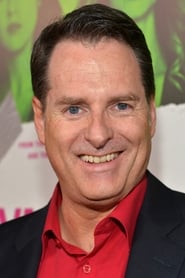 From Wikipedia, the free encyclopedia. Mark Stephen Waters (born June 30, 1964) is an American film director and producer. Waters is perhaps best known for directing Just Like Heaven, Freaky Friday, and Mean Girls, and producing 500 Days of Summer. He is the brother of screenwriter Daniel Waters and has been married to actress Dina Spybey since 2000. He is a graduate of the American Film Institute and as of September 2006 has a development deal with Paramount pictures. He directed The Spiderwick Chronicles, filming in Montreal in the fall of 2006. In 2008 he shot "Ghosts of Girlfriends Past" in Boston. He has a daughter named Zoe. Waters was one of the 120 invitees to join the Academy of Motion Picture Arts and Sciences in 2006. Description above from the Wikipedia article Mark Waters (director), licensed under CC-BY-SA, full list of contributors on Wikipedia.