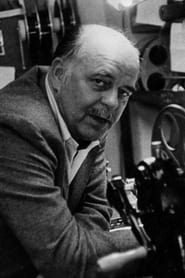 Bill Walsh was born in New York to immigrant parents (father from Canada, mother from Ireland). In his teen years he lived with relatives in Cincinnati, OH, and later attended the University of Cincinnati. In 1933 he joined the stock touring company of husband / wife team Barbara Stanwyck and Frank Fay as a writer, but the couple divorced the next year and Walsh found himself stuck in Hollywood with no job and no prospects. He wound up working as an agent for a publicity agency, one of his clients being ventriloquist Edgar Bergen. Walsh joined Walt Disney Studios in 1943, working for both the Publicity and Story departments. One of his jobs was to write jokes for the syndicated Mickey Mouse comic strip (he continued doing that on a voluntary basis for more than 20 years, long after he left those departments). Walsh brought his former client Edgar Bergen to Disney to narrate some cartoons and TV shows. Walt Disney, who at first saw television as basically a tool to promote his films, was impressed with Walsh's publicity savvy and chose him to head the studio's television division. His first few projects were resounding successes, and when Disney made a deal with ABC Television to invest in its Disneyland amusement park in exchange for Disney developing a TV series, Walsh was named the series' producer. The show turned out to be The Mickey Mouse Club (1955). Walsh developed the show basically by himself, with little input from Disney, who was more concerned with developing Disneyland. He hired both the child performers and adult hosts on the show, came up with the basic format--rotating "theme" days, animated opening and closing sequences and recurring live-action series, among other innovations--and even helped to develop the famous Mousketeer "ears" each performer wore. After several seasons on "The Mickey Mouse Club", Walsh wanted to get out of television production and left the show to produce live-action films. He produced quite a few of Disney's comedies and adventure films, the most famous being Mary Poppins (1964), which was one of the studio's biggest successes and pleased critics as much as it did fans. Most of the films he produced, however, were derided by critics as dull and low-quality and helped to cement Disney's reputation for turning out unimaginative, repetitive, assembly-line pap. The films made money for the studio, though, and Walsh and Walt Disney remained close until Disney's death in 1966. Bill Walsh died of a heart attack in 1975.