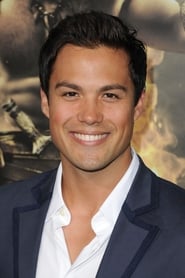 From Wikipedia, the free encyclopedia. Michael Copon is an American actor, model, producer, and singer. He is known for his role of Felix Taggaro in the television series One Tree Hill, playing Vin Keahi in the television series Beyond the Break, and starring in Power Rangers: Time Force. Description above from the Wikipedia article Michael Copon, licensed under CC-BY-SA, full list of contributors on Wikipedia.​