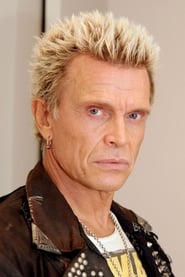 William Michael Albert Broad (born November 30, 1955), better known by his stage name Billy Idol, is an English rock musician. He first achieved fame in the punk rock era as a member of the band Generation X. He then embarked on a successful solo career, aided by a series of stylish music videos, making him one of the first MTV stars. Idol continues to tour with guitarist Steve Stevens and has a worldwide fan base.